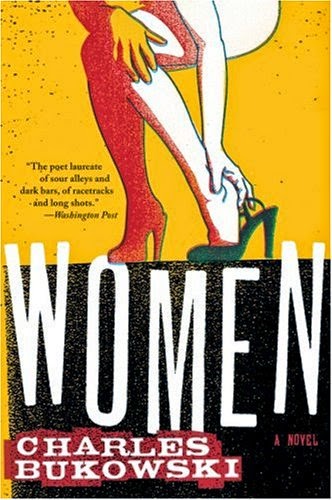 The Internet is a strange amazing thing, and one without which life seems unimaginable now. One reads and meets the most incredible beings here, who sometimes repulse, sometimes attract and sometimes change one's life. I came upon one such curious creature called Charles Bukowski here. He came as a wave on social media. Suddenly one was seeing Charles Bukowski being quoted everywhere; and by everywhere I mean Facebook, Twitter and Tumblr. Anyone who frequents these social media sites will know about waves like these: Rumi has had one, Neruda has had one, Agha Shahid Ali has had one. Lovers go about looking for their words – lovers of people, lovers of words, lovers of love. I am one too. So imagine how struck I was when I read this by Bukowski: Find what you love and let it kill you. No soft wave of love this; it was like being pounded by a big wall of water. And then came more such lines. Naturally, I ran off to Flipkart to buy me a Bukowski.

A prolific American author, Charles Bukowski has written extensively and compared to some of the finest writers of the 20 stood out for its title: Women (and the wonderful cover graphic!). I had to know what the great CB, who wrote brutally about love, had to say about women. So I bought it, read it, and now I am disappointed.

To put it mildly, 'Women' is not Bukowski's best work. Yes, the book is dark and direct, in true CB style, but there are few, if any, flashes of genius that I was seeking. Perhaps I was turned off by the gritty Americanism of the book. Such oppressive superfluousness! American literature has never appealed to me and Bukowski's 'Women' did nothing to change that.

'Women' is a seemingly autobiographical story about a noir poet, whose new-found fame helps fund his debauched lifestyle. Protagonist Henry Chinaski is about 50 years old, an unrepentant alcoholic and will sleep with just about any woman. Wild women, volatile women, young women, blonde women, black women, fat women, thin women, trippy women, good women, whore women... Chinaski's conquests are endless. There is a love interest called Lydia in the beginning, but once she fades out, the plot becomes a blur. Tammie, Iris, Sara, Katherine, Debra, Cecelia, Valencia, Tanya, Liza, Dee Dee become one indistinguishable blob – a mass of breasts, legs, ass, hair, mouth and sex. They all come, drink, fuck and leave. We find Chinaski waking up at noon with a hangover, puking, gambling at the racetrack, drinking some more, and looking for his next fuck.

Because Bukowski is a good writer, you cannot put the book away easily. You go on reading and hoping there will be something of beauty, of substance in these 'Women', only to find hollow shells. His character sketches do not impress, except for one or two. Well, the characters have no real 'page time' to be able to reveal themselves. Chinaski's drinking-­whoring routine reads depressingly dull and monotonous, save for a few occasional insights about the human condition. At the end of it, the book felt like a waste of time, and life's too short for bad fiction. Skip it.

Probably a woman version if a similar book would complement it

You're crazy. I thought it was a great book and thoroughly enjoyed it. Love Bukowski's raw, in your face, don't give a shit about what you think style of writing. I guess with a broad view, you could compare it to soft porn, but what's wrong with that? Who doesn't want a little soft porn in their reading material? If you're an ultra-conservative and easily offended, why would you bother reading a book titled "Women" in the first place? However, while sex is prevalent throughout the book; there is much more to appreciate than just the author's perverted subject matter. Bukowski's style of writing and free-flowing verbiage is refreshing and like none other I've read before. His style is gritty, direct, and powerful. He keeps you enticed and hungry for more with each turn of the page. The true test of a writer is whether or not they can keep you interested, no matter the topic; and that's why Bukowski is one of the best. He could write about taking a shit, sitting in a doctor's office, or making a peanut butter and jelly sandwich, and you'd be hanging on every word. Granted, he's not writing about any life-saving situation, space voyage, or natural disaster. However, if you're not easily offended, enjoy humorous anecdotes, and appreciate simple, brilliant, and refreshing writing; then Bukowski is your guy. You finished your commentary with "life's too short for bad fiction". Maybe life's too long for good fiction. In the words of Charles Bukowski, "Find what you love and let it kill you".