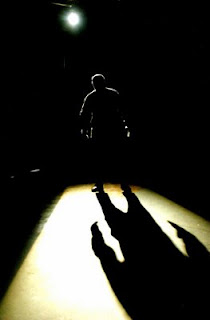 There are the many glories of nature and men that inspire awe; that force one to acknowledge that ‘greatness’ really is not easy to court and definitely not easy to conquer. All celebrations of the heroic in man can well be counteracted upon by still greater heroics; but it is death that takes the cake. Almost always successful in humbling men, death fails not even with the most realised of men, to humble. Whether it is wailing women with beating chests, brave tears, sympathy and solace or turning to the divine or philosophy for comfort, death surely makes itself manifest. Of all beings – good and bad, poor or rich, vain or humble, winners or losers, the big or small – death stands tall - taller than the reaches of most human vanities. For a while, it shattered mine too…today.

One of my students from MIT-SOG died today. He’d been in the hospital in coma for a while due to brain haemorrhage and passed away this morning after unsuccessfully battling for life for ten days. Death is mightier than all weaponry of all the life support systems of the world put together. Even the strong arm of Robert Svoboda (author of the book Aghora III – The Law of Karma that I’m reading now) hasn’t been of much help for my psychological leaning. I’m not as ‘objective’ as I thought I was on the way to becoming.

A young guy he was – called J K. The kind of stuff that rural backgrounds, big dreams, low self confidences and much lower than average looks are made of. Twenty five odd years and the pride of being the only barrister in his family - all gone to the dust in a matter of days.

Of my limited memories of him, one scene keeps flashing again and again before my eyes. It was one of my counselling sessions with him. Like most Marathi-medium students, he was terrified of English and I was trying to boost his confidence with English speaking. I remember I was telling him, “There are a million possible personas in an individual. Each time you find that the fumbling and nervous J is taking over, rouse the powerful J in you and kick ass.” He smiled the smile of confidence and I returned it with a smile of contentment.

I believe this one incident keeps coming back to me because it was the only real exchange of honour – much greater than words. In the following classes, I saw him internally kick his fears as he rose to face the class and speak in wrong yet brave English. There could be no greater tribute paid to a teacher. It’s time I return those tributes. These words I write for you J, as those words that you spoke for me.
Posted by Urmi Chanda Vaz at 2:32 PM 1 comments

I am my Roark Looks like Ayn Rand’s novel – the Fountainhead and its protagonist, no hero, Howard Roark have really affected me in ways deeper than I fathomed. Had it not been for the novel, I would not have found the strength with which I’ve embarked on my personal Roark-like crusade – the crusade to be me. It will be just the first of my life-long fights for the preservation of identity, for being allowed to be an individual. I’m going to go out today and proudly proclaim all that I was, I am and that I will be and say that I’ve no need to hide. I’m going to refuse to stuff skeletons in my closet just because ‘others’ don’t like the sight of them. They can gossip their voices hoarse or close their eyes. I’m not going to feign shame to satiate their superegos. I am going to be my own Howard Roark in this trial and play both – the defence and the defendant. Only there is no just cause to fight for. Trivial issues need no attention; so I’ll rest my case.

Let them not like me – it isn’t necessary that everybody I meet on the face of this earth must. I’m not here to win popularity contests. At least, no; the greatest fact of all remains that I’ll sleep easy; I’ll like myself. Let those who’ve condemned themselves to hatred for me seethe inside. Let them carry their fake, yet heavy, moral thrones of judgement till they’re crushed by the weight of their very consciences someday.

I’ll forgive them and set myself free. I’ll laugh the last laugh.
Posted by Urmi Chanda Vaz at 5:02 PM 1 comments

Something’s not quite right. Am beginning to wonder if people who claim to be unperturbed by truths really remain so. A certain relationship has started veering towards the undesirable; and by ‘undesirable’ I most certainly mean the ‘usual’. The usual beginnings of expectations and the natural consequence of disappointments are taking place. Ego tussles and proud silences are appearing on the horizon. This is the first sign of danger – the first premonitions of its mortality. What I walked along believing to be special is turning out to be yet another false start.

The eight months of growth of this relationship have been a dream; and now when the entity has taken a discernable shape, it’s time to wake up - time to feel guilty if you do not feel concern; time to feel insensitive if you state too many hurtful truths.

This is where it begins – that dreadful process of ‘normalization’. NORMAL is SCARY.
Normal is a stream of Zombies with faces and ideas unchanged for centuries. Just another relationship with just another guy – that is content for a horror story!

As I fight time and again to preserve that element of the ‘elusive’, I see it slipping away. Interacting in one way or another brings about familiarity; and needless to say, familiarity breeds contempt. But can I contemptuously keep discarding one person after another just because I’ve understood the ‘mysterious’ in them all too soon? It is selfish – and that’s alright; but it’s also unfair, and is that?

Guess not; but what is the other way about it? Is being familiar – bored – contemptuous – duty bound – false – tired the better than to cause ‘temporary’ heartbreaks? Whether it is just another guy or a very special one, letting things be, surely seems to be the more rational of choices, for time heals, whether wants to be healed or not. I must not be scared of ‘hurting’. Hurts will be healed and dissolved sooner or later. A scar is better than the permanent raw gash of a false relationship.