The Dark Half by Stephen King: Impressions

I seem to have got stuck in a phase of literary disenchantment. Every book I pick up seems to disappoint me in one way or another. The case in point, after the IMMORTALS OF MELUHA, is Stephen King’s THE DARK HALF. Admittedly, I’ve been choosing only light, racy reads, since that’s all my end-of-the-day dead brain can manage, and mustn’t really expect literature of an exalted kind. But when an author has impressed you once, you expect to keep his act up.

The movie, THE GREEN MILE, will turn just about anyone into a Stephen King fan (whether or not they’ve read him). Post that movie, I had read his novel, NEEDFUL THINGS and became firmly fixed in King’s fandom. So I opened the trusty old Flipkart and ordered King’s second-best selling book, THE DARK HALF, which has also been made into a movie. I just finished reading it, and the book felt wrong on so many levels.

The first thing I felt was the disconnected parts of the plot. The author seemed to have thrown in sub-plots as he went along; as if he had no whole story in mind – only a vague concept. Secondly, so many of the episodes seem unnecessary – exercises in page-filling. Even if a supernatural thriller, the lack of logic is pronounced. The murder of Homer Gamache, by Thad Beaumont’s Dark Half/ twin/ pen name, George Stark, for example, is unexplained till the end. Ironically, that’s what opens the main plot. Another inexplicable bit is Stark calling Beaumont’s wife, Liz, by the name Beth. When Liz asks Stark why he does that, he gives her (and the readers) a rather vague and unsatisfactory answer. The third instance of excess is the grave incident. It is never really explained how and under what circumstances Stark got in and then out of the grave. It was as if the author didn’t know what to do with the fake tombstone element. Too many loose ends.

The book holds out with two things though. The idea that a writer’s alter ego can become so powerful, that it almost becomes real. The book’s plot has pushed this idea to the literal, making real the protagonist’s alter ego (who writes gory novels and murderously chases his milder self for self preservation). That his pen name should somehow be his undeveloped twin is again, IMHO, an unnecessary addition.

The second strong point of the plot is the consistent symbolical use of sparrows that keep making special appearances throughout the book, as harbingers of the living dead, and are the villain killers in the end. The vivid last scene is probably the only thing from the book, that’ll stay with me for a while. 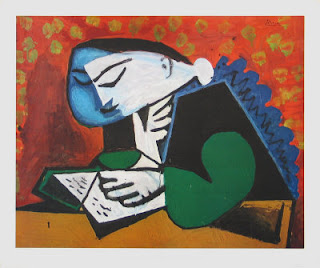