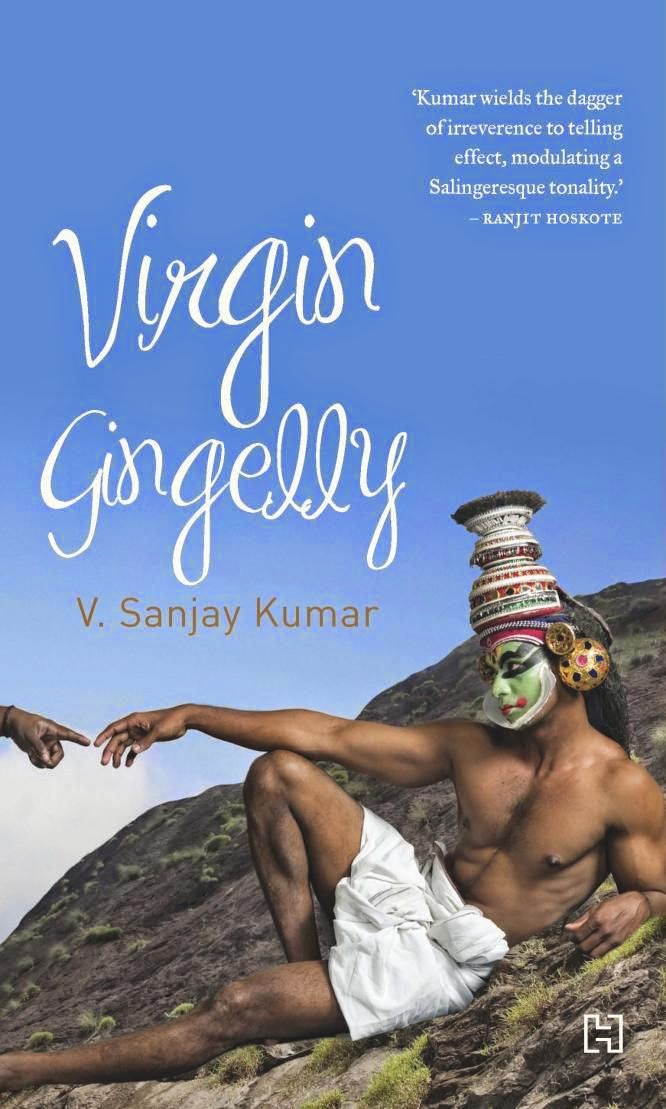 For those outside their ambit, South Indians are a mysterious lot, and we know as little about them as say, the Maoris of New Zealand or the tribes of the Rainforest. Bollywood clichés in the form of Rohit Shetty films have done little to change our perception of ‘Madrasis’. The Internet is slowly bridging the gap, but “South Indians” – Tamilians, Kannadigas, Malayalees and Telugus all clubbed together in a mash – remain a largely curious set for people on the other side of the Vindhyas.  And then, once in a while one comes across fascinating book covers featuring an Indianised Michelangelo artwork with dark men in Kathakali masks, and intriguing teasers like this:


Before I started living in a society and neighbourhood dominated by South Indians, I didn’t even know what Gingelly meant. It was only after I spotted row after row of gingelly oil – a cooking oil favoured by South Indians, especially Tamilians – that I cared to Google it. Gingelly is basically sesame, and its oil is very highly priced, at least in the supermarkets that surround me. I’ve tried it once and don’t understand what the big deal with it is… much like I don’t understand its users.

And authors like V Sanjay Kumar aren’t helping. Sure he sounds seductive, sure he makes the reader want to go from one page to the next, to the next, but he doesn’t help comprehend. At least not with this book.’ Virgin Gingelly’ is Kumar’s second novel, the first being ‘Artist, Undone’. Kumar’s titles and style of writing are both very intriguing, and I’d best describe Virgin Gingelly as a piece of abstract art. It does not lend itself to easy understanding, and is definitely not everyone’s cup of tea.

First of all, the title: Virgin Gingelly. Beautiful metaphor there, albeit a little stretched. A medium that TamBrahms like to cook with, cook in. Virgin, I presume, is a connotation for purists – a quality often attributed to that class. The novel is set in Rainbow Colony, a co-op housing society of TamBrahms in Chennai. With Kumar, the reader becomes a voyeur, peeking into the homes and lives of its residents. There’s no plot, really. Just existential slices of writing about characters called Ranga, Murthy, Kumar, Valiban and even a dog. These are old people, young people, people wrestling with their ages, sexualities, relationships and social stations.

Kumar’s use of language is at once irreverent and poetic. I imagine it to be largely biographical, given his background. Some of his characters, like him, are stuck in the identity crisis limbo, having been born in the North and raised in the South. He depicts with tenderness not just this Northie-Southie problem, but also other man-man and man-environment relationships. But it is the lack of linearity that makes the book difficult to keep track of. His first person narratives in random places are confusing, and his characters are sketchy. Throughout the book I would forget who the chapter I was reading, was about. Parallel lives, cryptic dialogue and not to forget the liberal use of Tamil words don’t make it an easy read. But his writing is poignant, terse and beautiful in most places. I have too many favourite lines from the book to recount here. But sometimes, he tries too hard and the effort shows.

‘Virgin Gingelly’ is not so much an exercise in storytelling as it is an act of indulgence. You smile as you see the author toy with words and sentences, and you frown at his purposeful lack of clarity. Kumar teases, leaves beautiful clues and plays hard to get. Like I mentioned above, it is comparable to an abstract art piece, which you know is beautiful, but cannot say how or why. Will I read him again? Yes, ‘Artist, Undone’ stands on my shelf, waiting to be explored.