Gorakhnath and the Kanphata Yogis by George Weston Briggs 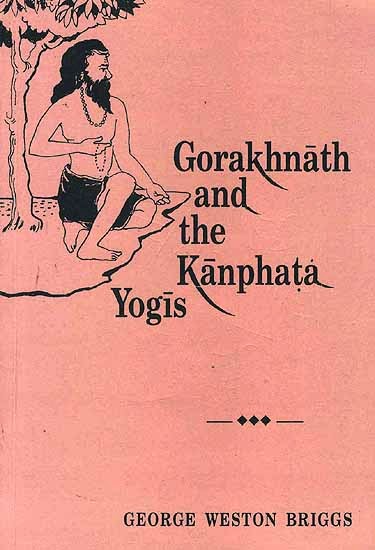 I’ve always been fascinated by the Left-hand path or Vamacara (who isn’t?), and now Indic studies give me the opportunity/excuse to peer closely at that which is forbidden. The Left-hand path refers to unorthodox religious and occult practices, often misrepresented and misunderstood by society at large. In the course of my readings on Tantrism, I had often encountered the Natha cult and it is in this context that I picked up George Weston Briggs’ book Gorakhnath and the Kanphata Yogis.
Briggs belongs to that generation of British Orientalists of a colonized India, who first studied and recorded Indian culture systematically. The White Man’s prejudice notwithstanding, these Orientalists helped the cause of Indic studies with their inscrutable scientific method and Gorakhnath and the Kanphata Yogis is one such example.

Written way back in 1938, the book offers exhaustive insights on the legendary figure of Gorakhnath and his followers known as the Kanphata Yogis. Kanphata literally means split or torn ears, which refers to a religious rite of passage in this sect whereby the initiate’s ears are split at the concha and a thick ring inserted through it. These earrings are the hallmark of the sect of the Gorakhnathis. Briggs sheds light upon many such rites and rituals of the sect with all their variations.

The book is divided into three sections viz. The Cult, Historical and The System. The first section elaborates upon the order, their divisions, vows, sacred places, religion & superstition and their pantheon. The next section has chapters on the legend, the forerunners of Gorakhnath, Gorakhnath, their literature and the tenets of Yoga and Tantra. The last section puts down the Gorakshashataka, important physiological concepts, chief aims & methods and finally, the conclusion.

Because Briggs is so thorough with his research, the first section gets especially difficult to get through. It is full of dry facts pertaining to the divisions, where they are located, and how their organizational & hierarchical systems are. The author’s bland style of writing doesn’t help. It is meant to be an academic work, but there are readable styles and there are soldier-through styles. Briggs certainly belongs to the second category.

However, things get interesting in the second section where he talks about the legend – rather legends – of Gorakhnath. The great yogi’s historical background is rather cloudy but the author pegs his existence around the 12th century AD. Myths and legends of Gorakhnath and his guru, Matsyendranath abound in the regions of Punjab and Rajasthan but also extend as far as Bengal and Assam. Like his mixed geographical trail, Gorakhnath’s character also seems to belong to several religious factions. There are references to him in Buddhist Tantric literature, Jaina literature, Islamic Sufi texts and of course in the (Hindu) Shaiva, Tantric and Yoga traditions. This mysterious, eclectic figure forms the basis of the entire Natha cult and their multifarious divisions and traditions.

The third section serves as a valuable resource as it gives the reader the entire Gorakshashataka along with its translation. This authoritative text of the Gorakhnathis prescribes all Yogic practices for the spiritual progress of a Natha ‘aspirant’. Further, he elaborates upon the tenets of Yoga & Tantra with detailed descriptions of the chakra-nadi system, followed by important physiological concepts of the Nathas.

As information rich as the book is, Briggs’ conclusion is disappointing. One sees the restraint and neutrality of the researcher fall away to be replaced by the snub-nosed Englishman. He is derisive in his tone and cannot desist from judging the ‘heathens’. But let’s remind ourselves that this book was written in 1938 when political correctness from a gora was hardly expected. The book was and continues to be an invaluable resource for the student of Indic studies, and especially Tantra.

Have you read the aghora trilogy by Dr. Robert Svoboda? Highly recommended: